October is a special month for Marvel as Disney+ becomes home to the first ever ‘Special Presentation’ set within the MCU with Werewolf By Night. The television special is a new format for Marvel Studios, having only ever released series, shorts or feature films up until this point.
Werewolf By Night will also be the MCU’s first holiday special as it releases in October just in time for Halloween. After this, Disney+ will also release the Guardians of the Galaxy Holiday Special, a Christmas-themed TV movie from James Gunn featuring Chris Pratt’s team of spacefaring superheroes.
These are the only special presentations set in the MCU that are known so far, but a new rumor suggests Marvel Studios has plans to use the format again.
Marvel Studios Planning More Special Presentations 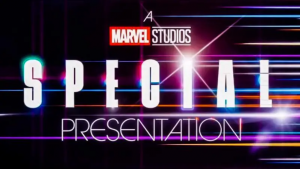 According to The Cosmic Circus, Marvel Studios plans to expand its use of the special presentation format with more titles that aren’t necessarily tied to holidays.
They will instead be used to expand the MCU in a way that doesn’t involve the longer form arc of a Disney+ show. Additionally, this will be a way for Marvel to introduce new characters into the MCU that wouldn’t necessarily lead their own movies but would still benefit from a shorter story.
The outlet also reports that according to its sources, Marvel and Disney+ are considering scrapping their show plans for some upcoming Disney+ series that are still early in development in order to redevelop them into special presentations. It’s unclear at this point which of the Marvel Disney+ projects could be translated into this format.
Are Special Presentations The Future of the MCU?
Marvel Studios only recently expanded into streaming series with the launch of Disney+, but it seems this special presentation format is another way in which the MCU can continue to grow. While Werewolf By Night is yet to air on Disney+, critics are already raving about the special, and it seems like the executives at Marvel may see this as a viable way forward for future titles.
As for which MCU titles could be well suited for the special presentation format, there are a number of projects that are in development that could make the transition.
The Wakanda spin-off series and the Ten Rings-centric project are early enough in development that they could feasibly swap to a shorter format
Switching the format of an announced project isn’t uncommon for Marvel Studios. Just recently it was announced that Don Cheadle’s Armor Wars would become a feature film instead of a Disney+ series.