Don Cheadle has briefly spoken about the surprising call to change Armor Wars from a Disney+ show into a movie.
After flying under the radar for most of the last two years, Armor Wars shook up the MCU fandom with the announcement that it would be changed from a Disney+ show into a theatrical release. This marked the first time that any MCU project had ever changed platforms in such a manner, and with so little information about the project being known, it brought a great deal of excitement for its release.
This movie will give Don Cheadle his first leading effort in the MCU after more than a decade of service, making him the oldest leading man in MCU history.
But did his tenure with Marvel give him any leverage or power to make this massive change for Armor Wars? According to Cheadle himself…no, it did not.
Don Cheadle Addresses Armor Wars Switch
In an interview on Jimmy Kimmel Live that aired Thursday night, MCU star Don Cheadle addressed his involvement in the decision to develop Armor Wars as a movie rather than as a Disney+ series, as was originally planned.
Kimmel asked Cheadle who made the decision to make Armor Wars a movie, to which Cheadle admitted that he “(doesn’t) make those kinds of decisions” with Marvel Studios, going on to joke about how War Machine is just “a fictional character” who doesn’t decide on real-world outcomes:
No Higher Power for Don Cheadle at Marvel 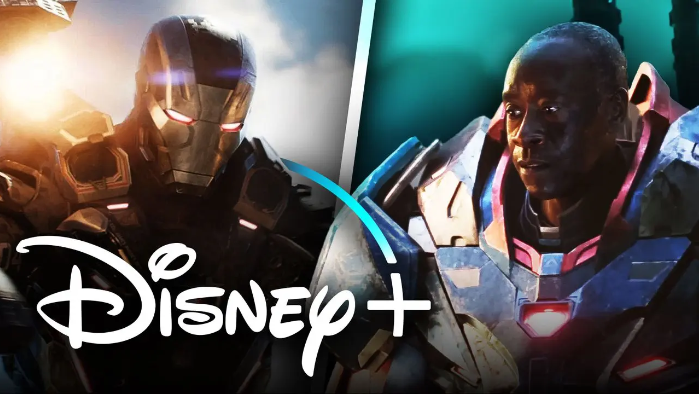 Even for as long as Don Cheadle has been a part of the MCU, he makes it clear with this interview that the Armor Wars decision was made by people in positions above his as an actor. And while it certainly works out well for him now that he has his first solo movie centered on James Rhodes, Cheadle wasn’t able to use his status or character to bump himself onto the big screen.
In the end, this decision was made due to the fact that some of the ideas Marvel had for Armor Wars were “too big for [a] show,” leading to the structure change. With no story details or production details in place, it’s difficult to pick out specifically what ideas were changed, but those will all become more clear as the movie gets closer to its production timeframe.
For now, Armor Wars is without a release date on the grand MCU timeline, although many expect it not to debut in theaters until Phase 6 or even Phase 7. And while Cheadle may not have had the power to make behind-the-scenes changes as big as this one, he’ll likely be a big influence on where War Machine goes in a post-Iron Man world throughout the Multiverse Saga.