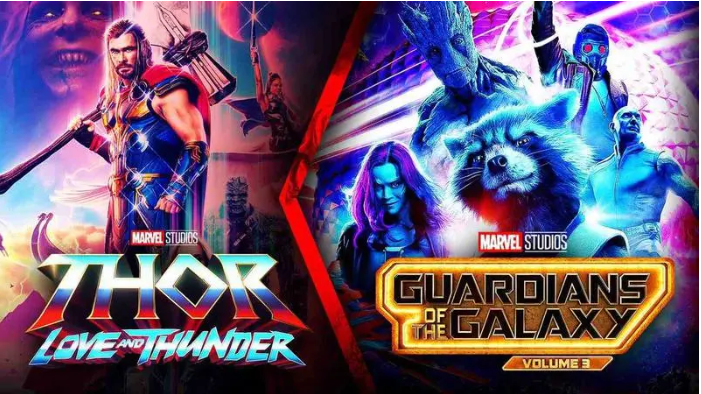 In talking with Comicbook.com’s Phase Zero, James Gunn shared how The Guardians of the Galaxy Holiday Special updates audiences on “where the Guardians have been in the past few years,” as well as changes to the crew.
When asked just how important the Holiday Special is ahead of Vol. 3, Gunn previewed three of these changes, including the fact that the Guardians now “inhabit Knowhere,” have a new ship called “the Bowie,” and even gained a new crew member:
The Bowie is likely a reference to artist David Bowie and keeps with Star-Lord’s tradition of naming ships after past icons, such as the Milano for actress Alyssa Milano and the Benatar for singer Pat Benatar.
The Knowhere reveal, however, is particularly interesting.
Not only is it the last place where Peter Quill saw his version of Gamora, but Knowhere is also the severed head of a Celestial, beings which were recently explored in 2021’s Eternals.
But despite how significant these changes are for the Guardians, neither was mentioned in Thor 4.
They also weren’t the only updates the director has made.
In fact, according to Gunn, “a dog” has joined the crew and it has “telekinesis:”
As for those differences, Gunn notes that the threequel is “very, very emotional.” Therefore, getting to shoot the Holiday Special allowed him and the cast the sensation of “snow days” or “recess” from the 2023’s film’s heavy material:
Gunn provided more details about his “whiplash” shoot, and its additional benefits, to The Hollywood Reporter, including the ability to utilize Vol. 3 sets for the Disney+ special:
Is The Guardians Holiday Special Required Viewing?
It certainly sounds like it.
Not only was the special filmed in conjunction with Vol. 3, but Gunn said himself that it allowed him to “sneak in stuff that becomes important in Vol. 3.”
Knowing about these changes or “stuff” ahead of the threequel is sure to enhance that film’s viewing experience.
After all, given how the Guardians were just in Love and Thunder, fans who skip the Disney+ special will surely be confused as to why there’s a new ship and a talking dog with telekinetic powers.
Also, it’s worth noting that the Holiday Special’s role in setting up Vol. 3 is huge for the MCU’s newest category on Disney+, Marvel Studios Special Presentations.
While the Guardians Holiday Special is only the second-ever project under this header, its connectivity to a tentpole film is sure to elevate the category in audiences’ eyes.
Finally, Gunn’s hype over the Bowie sets bodes well for the special’s production and its connection to the threequel, especially since both projects were filmed at the same time.