Ms. Marvel Season 2 Gets Release Update: When Will It Premiere?

An exciting update on a potential second season for Ms. Marvel on Disney+ recently hit the web.
This isn’t the first fans have heard about a sophomore effort for the hit Disney+ series. Back in September of last year, scooper Daniel Richtman revealed that Marvel Studios had reportedly greenlit another round of episodes.
This prospect was teased by Adil El Arbi and Bilall Fallah, two directors for Season 1, when they asked fans in an interview, “who’s ready for Season 2?!” In a separate conversation, Arbi specifically mentioned wanting “more craziness” if more episodes were to happen.
In December, a report from Murphy’s Multiverse shared that when Marvel Studios was casting Kamala Khan in the MCU, they had the full intention of creating a second season for her series.
Now, it looks like they’ll be able to follow through.
Ms. Marvel Season 2 Before Secret Wars? 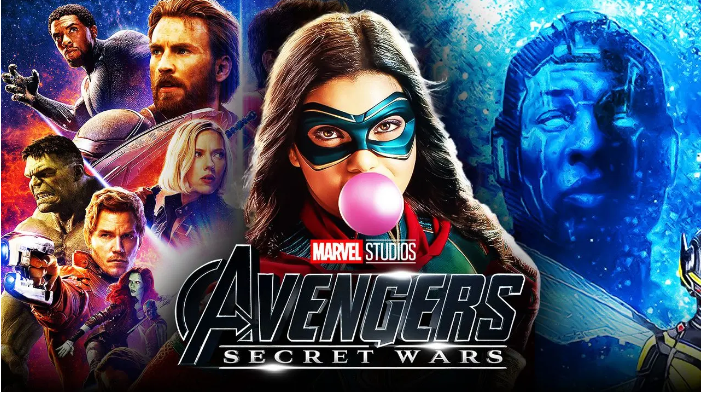 In a new “Tales From the Mod Queue” post on Reddit’s r/MarvelStudiosSpoilers, the subreddit’s sources revealed some new information about Ms. Marvel’s yet-to-be-confirmed second season.
According to the subreddit’s sources, which have been credible in the past, the Mods claim that both Ms. Marvel and Moon Knight will not only be getting second seasons, but they’ll also premiere before Avengers: Secret Wars.
Both IPs would join Loki as being the only Disney+ shows to get a second season. Projects such as Hawkeye and The Falcon and the Winter Soldier have yet to get the honor.
When Exactly Will Ms. Marvel Season 2 Release?
As exciting as it is for fans to be getting closer to another season of Ms. Marvel, it’s hard to imagine just where it fits in on the schedule.
As of San Diego Comic-Con 2022, Marvel Studios had eight slots open, all of which were part of Phase 6.
However, those empty spots are basically already filled up with rumored projects and release windows; Armor Wars, Vision Quest, World War Hulk, Shang-Chi 2, Doctor Strange 3, Nova, and Wonder Man—to name a few.
Since those announcements, however, there have been several shifts in Marvel Studios’ release schedule, such as Secret Wars being delayed until May 1, 2026. All of these changes don’t seem to be stopping any time soon, either, potentially opening up unannounced release slots.
Given how packed the slate is, fans probably shouldn’t expect Ms. Marvel’s second season to debut any earlier than 2025—especially if Agatha: Coven of Chaos has truly been delayed until that same year.
As for what another season for Kamala could mean, she’ll get plenty of time to explore the repercussions of her adventures in The Marvels before once again getting looped into a big team-up. Though with this in mind, hopefully, Marvel Studios can squeeze out more episodes of the show before Avengers: The Kang Dynasty debuts on May 2, 2025.
Ms. Marvel is currently streaming on Disney+, and The Marvels is set to hit theaters on July 28, 2023.