The cast of Stranger Things will be getting a huge pay raise for the fifth and final season of the hit Netflix show.
Season 5 will mark the end of Netflix’s most popular series to date, bringing a close to the story of five friends in Hawkins, Indiana, and their battle with the Upside Down.
The final installment is expected to be released on Netflix sometime in 2024. Creators Matt and Ross Duffer have stated that Stranger Things 5 will take place almost entirely in Hawkins, focus mainly on Noah Schnapp’s Will Byers, and will feature no new characters.
The show has exponentially grown in popularity since it first premiered in 2016. The cast members of the hit series have also become bigger celebrities as time has gone on, and it seems now that their hard work will literally pay off in a big way.
Pay Raises for Stranger Things 5 Salaries 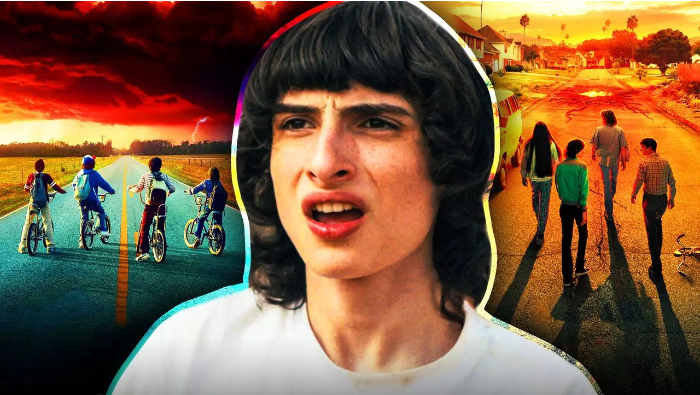 According to Puck, almost every major cast member in Netflix’s Stranger Things recently took part in negotiations for new contracts for Season 5 of the series.
The report stated that each cast member was placed into a certain “tier,” which decided the amount of money they will be making for the final season.
Tier 1 includes the two adult leads, David Harbour and Winona Ryder, who will be making $9.5 million each across the season’s eight episodes. For comparison, Ryder and Harbour earned $350,000 each in Season 3 of the show, which translates to around $2.8 million for the season.
Tier 2 consists of Finn Wolfhard, Noah Schnapp, Caleb McLaughlin, and Gaten Matarazzo, the original four young male stars that the series has focused on since Season 1. It will also include Sadie Sink, who wasn’t brought on until Season 2. Their new contracts will award them each over $7 million for Season 5. For comparison, in Season 1, the original four stars made $25,000 per episode.
Tier 3 consists of the other teens that regularly show up in the series such as Natalia Dyer, Joe Keery, Maya Hawke, and Charlie Heaton, who will each be making over $6 million with their new contracts.
Tier 4 will include everyone else not mentioned above, and the specific amount of money they will make wasn’t disclosed, but the figure will be “much less” than those in the other tiers.
Millie Bobby Brown, who is thought of as the show’s true main lead, doesn’t fit into one of these tiers, as she has an exclusive contract with Netflix.
What’s Next for the Stranger Things Cast?
Stranger Things is not only one of the most popular and beloved shows of the streaming era but of all time. Almost every actor that has been awarded a new contract for Season 5 is now a household name and likely has decorated acting careers ahead of them.
Currently, the Duffer Brothers have plans to create a spin-off of the series, but they have confirmed that it will not focus on Millie Bobby Brown’s Eleven, and will actually be completely different from Stranger Things.
This means that Season 5 will likely be the last ride for the star-studded cast, at least for the time being. However, recent films such as Top Gun: Maverick and A Christmas Story Christmas have proved to never say never when it comes to getting a sequel made, no matter how many years have passed.